It's Friday again.... yay! American Idol night for me (on 8tv--i dont have cabel tv!)  and Naruto for my husband and Imran.. Faaeq will join sekaki if he feels like it. haha.. nowadays he's more into coloring and writing.. and tracing the letters and pictures.. u should see his table.. boring buat atas kertas mesti lajak sampai meja.. the table itself is his work of art i can say! haha.. whatever lah Faaeq, as long as u're happy.. and keep off your markers and colors from the walls! This week his teacher at Nasom starts to toilet train him.. and guess what.. he didn't pee at all at school.. at home, when i bring him to the toilet, he'll just sit on the toilet bowl.. didnt do his 'thing' yet, not even once! i think he's still confused of the whole thing.. it's ok... i read somewhere that the most difficult person to toilet train is.. an autistic person. I think the most challenging  part is to make him understand that he has to 'go' when he's in the toilet.. for now, i think he just thought he's being timed out! mcm kena denda je duduk atas toilet bowl lama2 tak kasik turun.. hahaha... it'll take time... i spoke to Syida and she said it'll take about 1 year or so to be successful... so, it's a long journey lagi lah.. It's ok.. one day at a time... i think with faaeq it's more confusing for him because i send him to taska after Nasom, and there, with so many kids in the nursery, the caretaker was a bit reluctant to take him off his diaper.. coz he has no speech yet.. kalau budak2 lain they all boleh bgtau nak ke tandas... so for now, faaeq is off diapers at Nasom and on diapers at Taska, and off diapers again at home.. oh i hope i'm not torturing him in any way.. for now, i want him to feel comfortable NOT wearing a diaper.. coz then, he'll start to learn to use the toilet.. ntah la.. i'm not good in training him myself.. anyway, we'll see how it goes... baru first week! 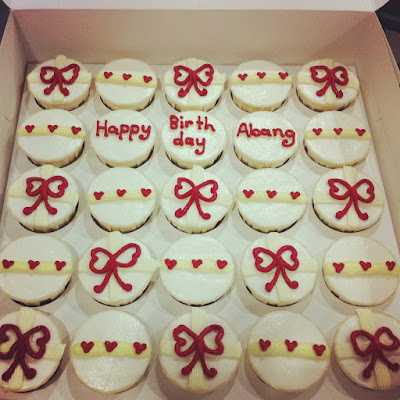 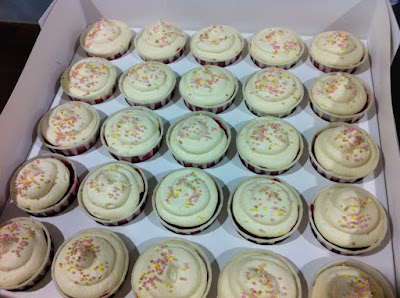 Made 2 sets of cupcakes for Halimah, a colleague of mine.. yg swirl simple tu red velvet cupcakes.. yes.. i finally made the same recipes in cupcakes.. and i think i'll take orders for RV cupcakes after this.. perfect for  sharing without the mess of slicing and giving.. price is rm80 per set of 25pcs.. (only available in 25pcs set), with special cream cheese and whipped cream topping.. Those are for her husband's birthday.. 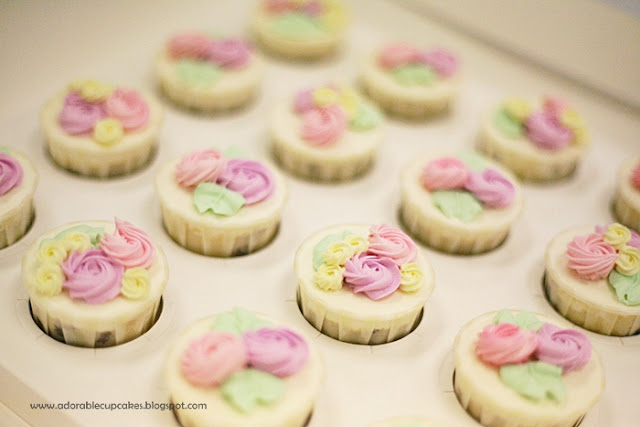 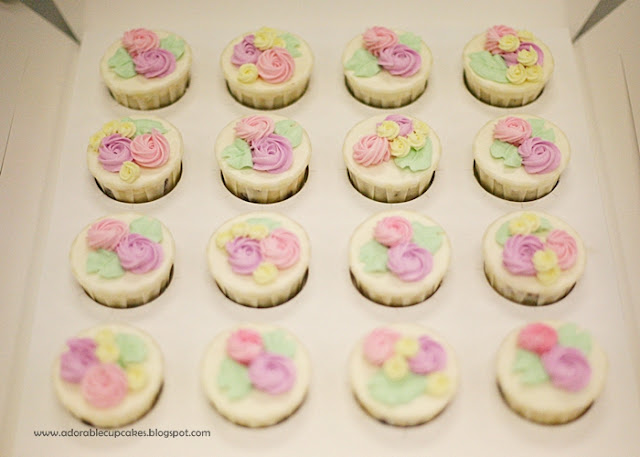 I'll have my cupcake class tomorrow... then lepak2 jumpa kawan after that... then just chill at home doing.. urm.. doing anything i feel like doing! I have to work on Monday.. so no long weekend for me.. anyway, the day off on Tuesday is a blessing!

Have a good break, friends!

The cupcakes are super duper LOVELY, as always..

edi, some kids with autism progress (in toilet training) in less than 6mnths..some in only a few weeks..

keep on praying..and be patient always :)