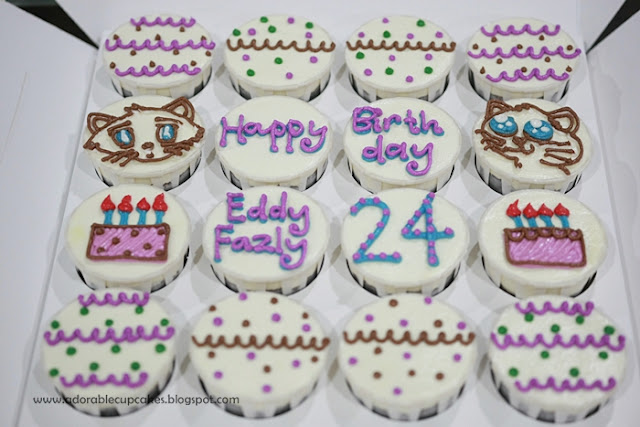 Tq Atin! She gave me some sketches of cats that she likes... i chose the simpler ones and tried to draw.. i'm not a cat lover but my sister is.. i remembered she requested a kitty for getting 5As in UPSR.. my dad had to agree coz he promised her she can request anything if she gets all As.. hahaha... The cat named Pussy (ya, i know) had to be given away when she was going to boarding school in Form 4... 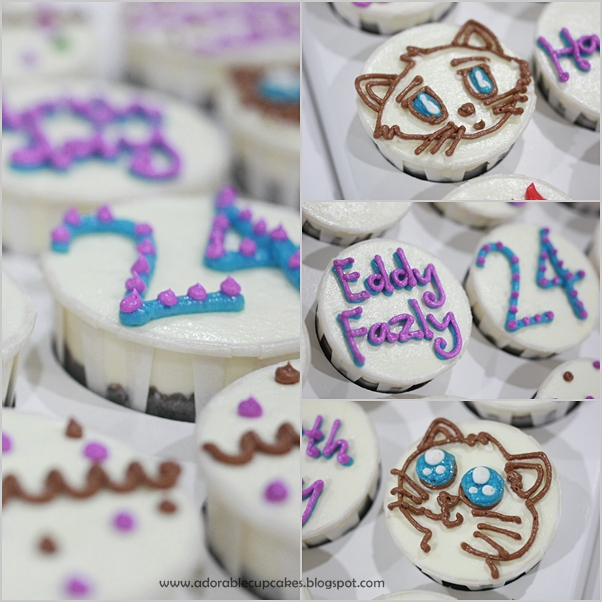 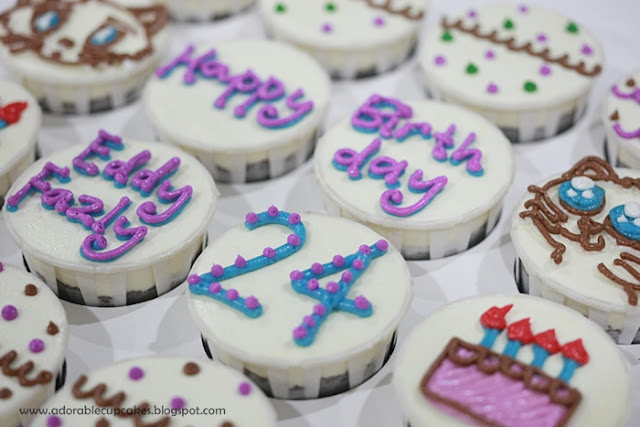 Sally asked me how do i deal with difficult customers.. well, to be honest (and i'm so thankful for this), i never had one! believe it or not, my customers (so far) are wonderful!.. many of whom had ordered from me so many times and occasions.. sampai kdg2 tak boleh nak decline sebab rase bersalah.. if i decline an order it was purely because i was not available at that time, (usually on vacation or balik kg), or simply because i dont feel like doing it. and sometimes because they request to deliver (someone asked me to mail the cupcakes to JB, Penang, and London... hoho.... impossible tau!) .. BUT... i've had some not-so-nice remarks from those i declined their order... one that i remember till today was "u tak nak duit ke?" wahh.... i didnt say anything.. but in my head i was saying, "WHATEVER!" 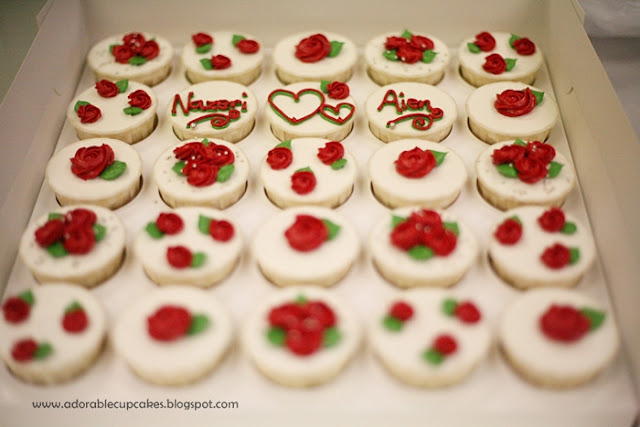 Let me compile a list on how to avoid difficult customers.. before they become difficult, let's see....﻿


1. I usually want my customers to confirm their order earliest possible.. preferably about 1-2 weeks in advance... i require full payment to confirm an order.. this way, we know they're serious. and any conversations after the payment is considered valid, because they've already paid for it.. taknak nanti dah bagi design, kita pun dah penat pk nak buat mcm mana, nak bubuh bunga kecik ke besar ke, nak tulisan cursive ke Times New Roman ke.. tup tup 3 hari sebelum,dia cancel order. Oh nooo....
2. It's good that u ask them everything! but usually if a customer says it's up to u nak buat mcm mana, then i know he/she is not too picky.. cuma nak yg cantik jela.. i'll do my best then to make pretty cupcakes :)
3. But... pretty is in the eyes of the beholder... so usually i will ask what is his/her fav color.. at least i know where to start
4. Dont give too many options.. my limit my cupcake size to 2oz only, and 2 flavors only (vanilla n choc).. so org tak pening sgt la nak pilih.. plus i dont have to stock too many things at home :)
5. If what the customer request is beyond what you can do, or capable of doing, .. (mcm cupcake Atin tula..., she asked me to draw cats.. i dont know how to draw cats!) just tell them... and ask them to consider other design.. or else u'll dissappoint them.. In Atin's case, i ask her to google some simple drawings of cats that she liked.. she gave me a few, i said i will atempt to draw maybe one or two.. she said ok.. then legalah sikit kan... kalau tak, i takleh tido malam pk camne nak lukis kucing.. (before this pernah lukis tapi tak jadi kucing, jadi urm... cacat)
7. Sometimes there are a few who are a bit 'specific'... nak mcm ni, nak mcm tu.. but for me that's normal coz they paid for my cupcakes.. maybe for some it's not a large sum of money, rm50, rm70.. but believe me, some people would wait for their payday to pay me up.. so i know it is something they saved up for... i dont mind at all to do what they ask me. I know almost all home bakers out there do the same.. we'll try to do our best to fulfil what customers want.. but of course it comes with a price :D
6. I am not perfect at all.. i sometimes missed out writings that i'm supposed to put on the cupcakes.. sometimes the colors are off, sometimes the design is not up to what my customer's requested.. So far apologies accepted.. and I am so grateful for that. Maybe ade je yg tak puas hati tp tak bgtau.. i'm grateful for that too.. hihi... so far, all i can say is i'm very lucky!
♥edi
Thoughts by Edi at 12:03 PM

Thanks Edi, for sharing the valuable tips.

I would say you are quite lucky as your customers are so far so good.

I like the idea of limiting the cupcake size and flavour..you are totally right on this. it's easy for home bakers to stock up on ingredients etc.

Sally,
homebakers takde tpt nak simpan brg byk2.. for me at least.. but if u can provide more choices to customers then u'll have more customers i guess :) and more questions! hehe

edi, with those talented baking hands of yours, u r one lucky lady! i wanna be ur customer again one of these days..tunggu ye!i hope u tak serik amik my order hehe

what u said are all true .. of course to please everyone mmg tak bleh ..so we just do what we can la .. once i went to this customer service course since i was in this line before .. customer are not always right, but they are important .. so layans .. hehe